As part of the Latvian centennial celebrations, and to find a drawing for a new collector’s coin, the Bank of Latvia initiated a children’s drawing competition.

Among 10,000 submitted drawings, the winner of the competition was Elizabete Kandere, and her drawing appears on the new collector’s coin entitled ‘Mana Latvija’ (My Latvia).

The silver coin has a mintage of 4000 and was minted by the Koninklijke Nederlandse Munt in the Netherlands. The design of the coin was prepared by artist Sandra Krastiņa and the plastic model was created by Jānis Strupulis. 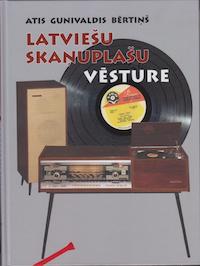 The latest entry in the bi-yearly Latvian folk music anthology from the record label Lauska – Sviests 7 (LAUSKA CD071) – has been released. As with previous releases, this collects new recordings by many different Latvian folk groups, as well as performances that incorporate or have been inspired by Latvian folk music.

Joining familiar faces such as Laima Jansone, Rūta and Valdis Muktupāvels are newer groups like the dark folk ensemble Rāva, the synthesis of traditional singing with modern elements of Tautumeitas, and the Latvian rap and hip-hop folk artist Misters.

The CD booklet includes brief notes on the songs and ensembles in both English and Latvian.